Skip to content
Home » Entertainment » Married twice: Carly Fiorina’s first marriage ended in a brutal divorce. Does she have any children?

Married twice: Carly Fiorina’s first marriage ended in a brutal divorce. Does she have any children? 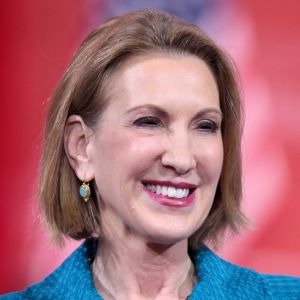 Carly Fiorina, the CEO of multinational Information Technology Company Hewlett-Packard Company, has experienced marriage twice. Her first marital relation with Todd Bartlem ended in a divorce after living 7 years together. Carly later got wed to Frank Fiorina, the vice president of AT&T in 1985.

She doesn’t have any child from both of her marriages, however, from her second marriage she has two stepchildren, Tracy and Lori Ann. Her stepdaughter Lori died at 34 years of age due to drug addiction and alcoholism.

In June 1977, she married Todd Bartlem, whom she met while studying at Stanford. For seven years they stayed together. But, later, they lost their connections and eventually, the couple divorced in 1984.

Fiorina explained in her memoir about her first husband and about how their marriage ended in the divorce. According to her memoir, Carly entered the workforce after completing graduation after which the things between them began to change.

Fiorina doesn’t say much about her ex-husband outside of her memoirs. But in the case of her ex-husband, Todd Bartlem, he usually speaks brutally about her. Once he said to The New York Times, “I wish I could wish her the best, but I don’t. I want to see her fail.”

Even after her separation with Todd, she kept focusing on her career and due to which she has achieved the ultimate level of success at present time. She is presently holding the responsibility as CEO of multinational company Hewlett-Packard (HP).

Carly is quite active on Twitter. She recently posted a picture with her good friend Bob Goodlatte while campaigning in Roanoke.

Had a great time campaigning in Roanoke for my friend and fellow Virginian @BobGoodlatte6 on Monday! pic.twitter.com/5IztDjTD1N

Carly Fiorina blessed to have a supporting husband as Frank Fiorina

After separating with Bartlem, Carly married AT&T executive Frank Fiorina in 1985. They met for the first time in 1981 while working at the multinational telecommunication company AT&T.

Carly and Frank got wed at her friend’s house based in Maryland. According to Daily Mail, just six guests attended their wedding ceremony including Frank’s 2 children from his first marriage – Lori and Tracy.

During their initial days as a couple, Frank had a slightly higher position than Carly. Some sources revealed that while going on a third date, Carly told him that she would be running the entire multinational company one day.

Her words are proving right as she has achieved a mighty level of success in her career. She has made many good friends from all background. She frequently posts picture meeting with some renowned people through twitter. Check out the

Check out the picture clicked with the great football player, Lou Holtz.

Such an honor to see the great Lou Holtz: pic.twitter.com/X5DGCGOUrx

Her hubby retired from AT&T in 1988 at 48 years of age to take care of his daughter Lori who was addicted to the drug. After retiring from work, Frank also helped his lovely wife Carly to make progress in her career.

Caryl’s married life with better half Frank was not that easy as she was diagnosed with the breast cancer. Moreover, the death of her stepdaughter Lori made their conjugal life more painful. Now she seems better than before since she went for the double mastectomy after getting diagnosed with breast cancer in 2009.

Listed as one of the successful businesswomen, Carly Fiorina had a ruthless end to her first married life. Despite that, Carly Fiorina moved on in her life and found Frank Fiorina as her second spouse with whom she is presently spending a euphoric matrimonial life.