Married for eight years, Amanda Holden and husband Chris Hughes relationship is getting stronger and happier. Do you want to know her net worth? 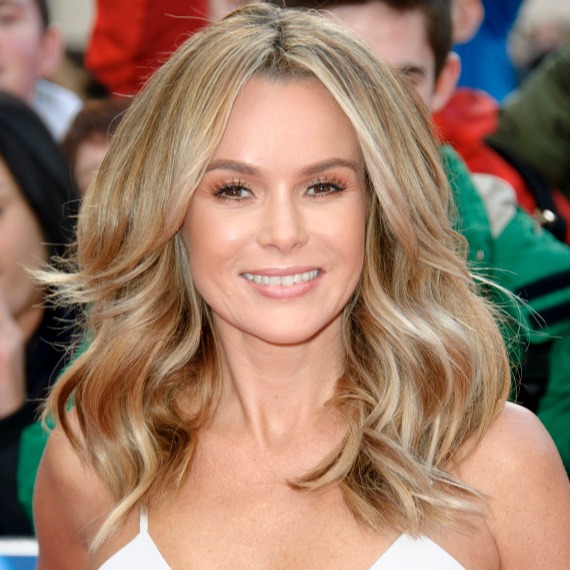 Amanda Holden, a well-known English TV presenter, and her husband Chris Hughes are married for nearly eight years. With 2 children, Amanda and her better half Chris Hughes are living a euphoric life together from a since long time. The relationship between them is getting stronger and happier as Amanda is progressing in her professional life as well. She has already earned a net worth of $3 million by the end of 2015.

Holden met her future husband Chris Hughes for the first time in 2003 and got engaged with him in 2004. They spent four years of blissful moments together before finally marrying on 10 December 2008.

The couple had a baby named Alexa Louise Florence Hughes, born on 20 January 2006, before tying the knot. Amanda became pregnant again but her second child could not make it to this world because of miscarriage. She prematurely delivered the baby in May 2010. Holden was 39 years of age when she delivered her two months premature son Theo Hughes.

On 23rd January 2012, she delivered their third child into this world who was named as Hollie Rose Hughes.

A reminder to Last reminder ! Tomorrow is @Oxfamgb’s #DressedByTheKids Day. We had fun. Get involved!

Her daughter Hollie was kept in the respirator after birth as she was having breathing difficulties. Amanda went through a critical situation since she had lost a lot of blood at the time of delivery.

Amanda was working as a judge on Britain’s Got Talent while she was pregnant with her third baby. After the delivery of the child, she stayed on a month leave before coming back to the show to take back the responsibility.

She has recently finished shooting 2016 Britain’s Got Talent. As usual, she had a lot of fun moment in the popular British TV reality show. In one session of auditions, she put three glasses of water over fellow judge Simon Cowell as she was not agreeing with his comments.

Apart from working on the popular reality talent show Britain’s Got Talent, Holden is well known for delivering fine acting skills in several TV series and movies. She has won the hearts of many viewers through showing off brilliant performances in the TV series like Wild at Heart and movie Thoroughly Modern Mile.

She is also known for her stylish fashion dresses she chooses to wear. Amanda is truly a TV fashion icon.

Her successful vocation in the TV industry has already bagged her a heavy net worth amount of $3 million by the beginning of 2016.

Without a doubt, Amanda and Chris are carrying their long term relation in an expert way. Their relation is definitely getting more grounded and more joyful than before. Along with the responsibility of a wife and a mother, Amanda Holden is perfectly balancing her career from which she has earned a massive net worth of $3 million dollars.