Skip to content
Home » News » How much Kenny Chesney songs and concerts have helped in building his net worth ?

How much Kenny Chesney songs and concerts have helped in building his net worth ? 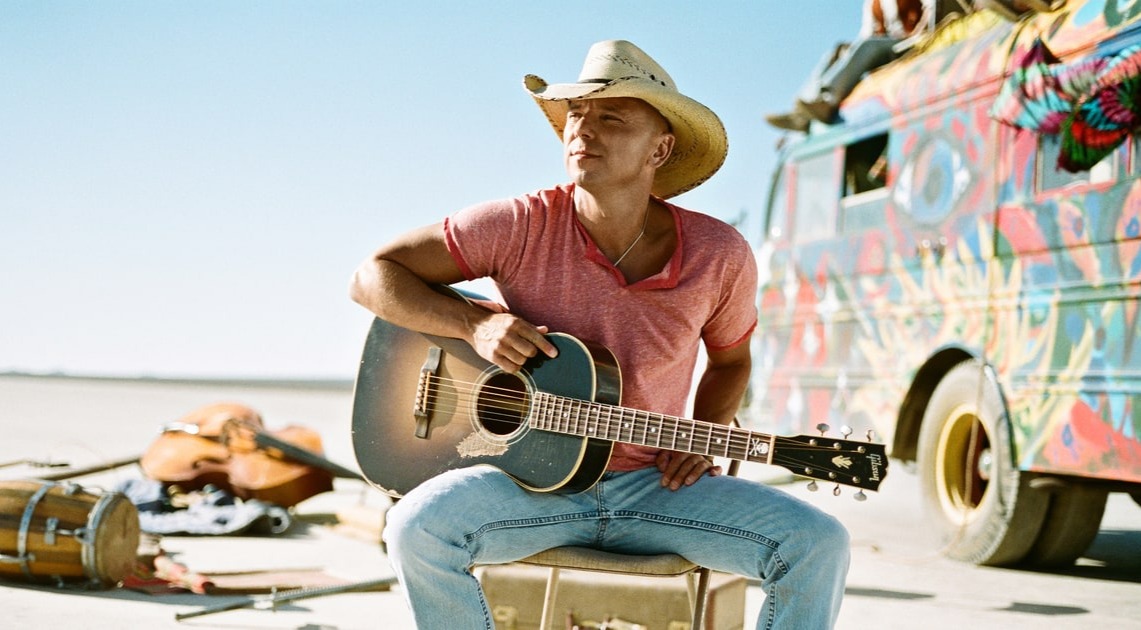 Kenny Chesney, having almost all of his songs in the top chart, has always rocked the country music concert, and his mind-boggling net worth of $225 million proves it. But does his professional success matches with his personal one? Of course not. Scroll down for full story.

Kenny Chesney, an American country music singer, a record producer and a songwriter have written the variety of songs, from love songs to anthem.

His songs and magical voice have won millions of hearts of the country music fans and his musical accolades are well known throughout the world. However, for past few months, his personal life has been under the wrap.

Several women have come into his life and he has been through numerous ups and downs. His personal life hasn’t been as much stable as his professional life is.

On May 2005, Chesney married actress Renee Zellweger. Not so long after the couple tied their knot, they announced the annulment fo their marriage.

The reason for the annulment was said to be fraud, and in the meantime in an interview with Anderson Cooper, the singer touched upon the subject and said, “The only fraud that was committed was me thinking that I knew what it was like…that I really understood what it was like to be married, and I really didn’t.”

A few years later, Chesney decided he’s ready to put himself back out there. Few months or a year between 2008 and 2010, he romanced Miss Tennessee USA Amy Colley and reportedly the duo attended Country Music Awards together in 2008.

Around 2010, he was rumored to be dating Jenn Brown, ESPN sportscaster, and the speculations began flowing around when Chesney and Brown were spotted together in Mexico while his then girlfriend Colley was in Tennessee.

In 2015, rumors had it that Chesney was dating the fellow country music singer, Miranda Lambert. The allegations were soon debunked as the news broke out that Lambert was romancing Anderson East.

Most recently, the songwriter is said to be seeing Jamie Hill. No one knows the reality, except Hill or Chesney, as they haven’t been spotted together yet and neither has released any statement regarding it.

What an honor! On Wednesday at the CMA Awards, Chesney received Pinnacle Award, one of the prestigious honors in the country music.

No Shoes Nation, this Pinnacle Award is yours. Thank you for this amazing life. #CMAawards50

After a long and an accomplished music career, he has finally achieved a coveted award in front of millions of his fans. Considering the fact that the country music artist has been churning out hits since the mid-1990s, we think this honor is well-deserved.

After Peyton Manning handed over the award to the star, he delivered an emotional and passionate speech praising all the people. Not only, the singer’s message was incredibly humble, but was his final parting words to the mass: “Thanks for giving me an amazing life.”

The gifted singer released his 3rd single, “Rich and Miserable” on 24th October from his upcoming album “Cosmic Hallelujah”. The video of 3 and half minutes and the song filmed in New York City with an array of city residents showcases the dangers of putting all the hopes of our life in our dreams.

My days at East Tennessee State University in Johnson City are where I first learned to love what I do. I played a lot of music in the Bristol area during that time – and even made my first album there while still in college. I had a lot of dreams then, but never did I dream I would be playing at Bristol Motor Speedway. The idea of that was too big to dream. So to say I'm excited to be coming back to play in an area where this dream started is an understatement! Music and sports have defined my life, and it's not every day an artist is allowed to combine the two for something as special as this. Tix: http://bit.ly/1WXqTUr

Possibly, it’s quite powerful and best track, Chesney has come up with to this date. Till date, the Tennessee native has already recorded 20 albums, 14 of which are certified Gold by RIAA. Also, he has produced over 40 top 10 singles on the U.S. Billboard Hot Country Songs, twenty-nine of which have reached no. 1 on the chart.