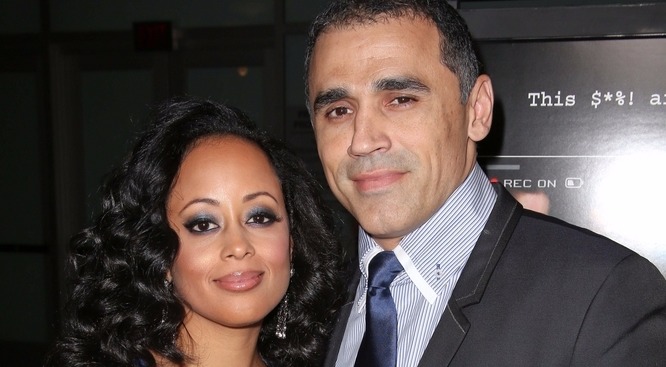 Essence Atkins and her husband Jaime Mendez are heading to an ultimate divorce after a marriage of around seven years. Both are in their forties at the moment; why would they want to get off each other at this point of life? Perhaps, Essence is seeing someone else. Unlike many people, she might already be prepared to step into the dating world again.

On September 2016, Essence Atkins was visiting the Hollywood Today Live show and amidst the ongoing program, the 44 years old actress announced that she is divorcing her husband very soon. According to her expressions, the decision didn’t seem to have come out from any kind of frustration or family fights. It rather seemed like a mutual decision.

Atkins found her husband on the dating site Match.com ten years ago. They married in 2009, had a kid together and are ready to move on with their own lives.

Essence said to the media – “I am going to be entering the dating world after nearly a decade. I’m in the process of getting a divorce, sadly. It’s weird because literally, three weeks after filing, I got this job where I’m playing a newly divorced woman who’s co-parenting with her ex that she still loves, but they’ve somehow realized that they’re not meant to partner together anymore. It was kind of this weird, amazing moment the universe was like, here’s art imitating life and we’re going to talk about this and you’re going to explore it in a really humorous way.”

Happy Birthday to my husband Jaime. I love you, absolutely, and you continually inspire my respect and admiration. pic.twitter.com/2OATZWZ78n

What you just read is a very coincidental fact. She just happened to be signed in for the comedy series Marlon.

While the couple has decided to walk on their paths, their only child Varro is always going to be the center of concern. However, the Mendez couple seems to be very committed about the little boy and will be continuing to look after him as well as possible.

My best birthday yet…Thank you God for gifting me Varro, who took his mommy to breakfast. pic.twitter.com/HMWeAcgdMi

Essence Atkins is confused about the probable dates and relationships

As for her readiness to be into new relationships and dating, Essence seems to be very confused. She says – “I feel like ‘Oh yeah, I’m ready!’ And then I’m like, ‘Oh no, I’m not!’” she said. “I’ve turned 40 since I’ve dated. I don’t know, people don’t talk anymore, they text. They only call if it’s a dire emergency. I have no idea how to go about it.”

My husband and I were honored to officiate another wedding today! We love you @deirdremaloney: & @N_C_B! Now we eat! pic.twitter.com/a8mxOZtCqo

Anyway, Atkins has some time to think about dating and other probable relationships. Essence Atkins who seems unhurt from divorce would soon get a new start of her life.