Skip to content
Home » Entertainment » How is Ginni Rometty and her husband’s married life going? Know her children and family closely

How is Ginni Rometty and her husband’s married life going? Know her children and family closely 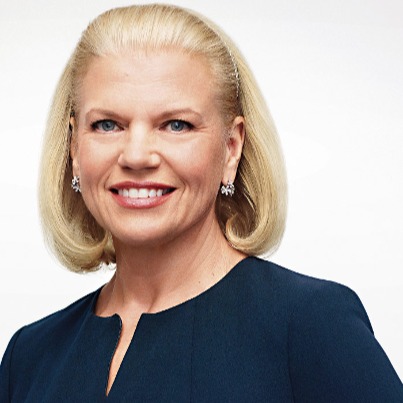 Virginia Marie “Ginni” Rometty, the Chairwoman, CEO and President of multinational company IBM, is married to a principal investor Mark Anthony Rometty. She is together with her husband from past 35 years. However, the couple still has not yet got to experience parenthood as they do not share any children.

She got married to Mark Anthony prior joining the multinational company IBM. Few sources revealed that they were dating each other for a certain time before tying the knot in 1981. And now it’s been over two decades of them living as a married couple.

Not much details regarding their married life are available. Rometty is not much seen talking about her personal life. However, nearly a year back, in 2015, while giving a commencement speech at Northwestern she mentioned her husband Mark and told he was the person who helped her to set right path on her professional journey.

While attending the University’s commencement speech, she said in a humorous way, “He says I never mention him, and then I do and I mess it up, you Know”.

Ginni has been successfully handling the responsibility as CEO of IBM. Most recently, she talked about artificial intelligence and gave details on how cognitive business will disrupt the business world.

Listed as one of the most powerful women, Ginni Rometty is balancing both personal and professional life in an expert way

Ginni Rometty has been listed as one of the most powerful women in the world for numerous times. It seems that she is very successful in her professional life and has balanced her personal life equally. She is happy with her husband till now and their marriage life is still going in a smooth way, regardless not having any children.

Rometty’s father left her mother when she was just 15 years old so she was raised by a single mother along with her 3 siblings. She was the eldest child out of four kid of her parents. Through coming out from all struggles, she has achieved a mighty level of success in her career.

@ibm’s Chairman, President and CEO Ginni Rometty will be a keynote speaker at #CES2016

She is currently holding multiple responsibilities at the well-established multinational technology company IBM. Presently, she is holding obligation as President, Chairwoman, and CEO which also makes her the first woman to head the company.

Besides dedicating time in her business work. she also attends several public events. A couple of months back, she attended World Health Congress event where she announced the new pro-Bono Health program to tackle Health disparities.

Ginni is undoubtedly one of the successful businesswomen who has succeeded in both professional and personal life. Successfully maintaining her long-running married life with husband Mark Anthony, Ginni Rometty seems happy in her personal life, despite not having any children.