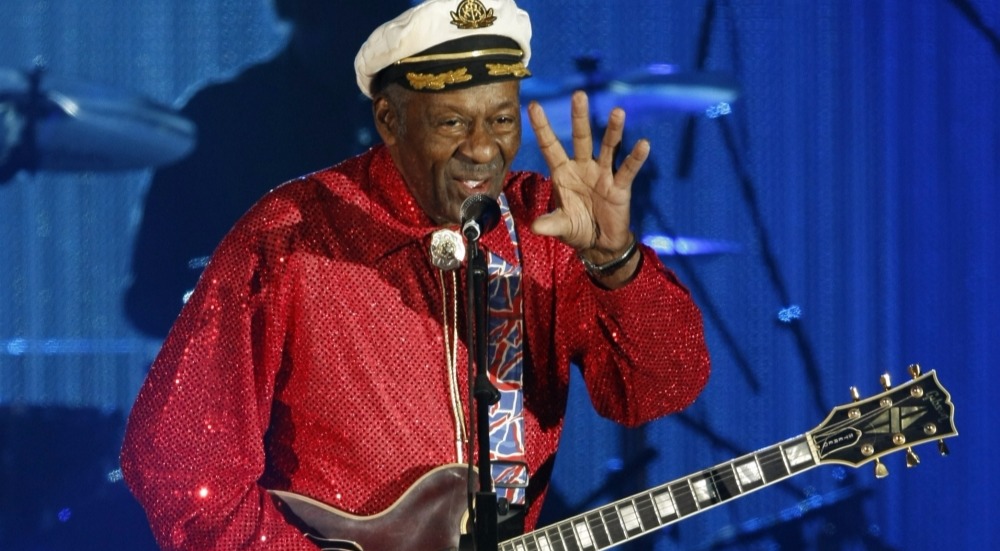 Chuck Berry, the legendary guitarist, singer, and songwriter has celebrated his 90th birthday on Tuesday. The rock ‘n’ roll pioneer Berry has announced the release of his forthcoming album in nearly four decades amid 90th birthday celebration.

The album titled ‘Chuck’ consists of mostly the new songs written by Berry considered as one of the founders of rock music. Dualtone Records’ president, Paul Roper said, “It is a great honor to be a part of this record and the broader legacy of Chuck Berry”.

Talking about the plans for the record label to release the album next year, Roper added, “This body of work stands with the best of his career and will further cement Chuck as one of the greatest icons of rock and roll.”

Berry’s kids are backing the record as, Ingrid Berry on Harmonica and Charles Berry Jr. on guitar. Other instrumentalists include pianist Robert Lohr, bassist Jimmy Marsala & drummer Keith Robinson. The specific release date of the album is yet to be mentioned.

Berry Jr. stated, “What an honor to be part of this new music. The St. Louis band, or as dad called us the Blueberry Hill Band, fell right into the groove and followed his lead. These songs cover the spectrum from hard-driving rockers to soulful thought-provoking time capsules of the life’s work.”

Preparing for his first album of new music in nearly forty years, Berry admitted that he’s dedicating his new release to his wife, Themetta, 68. “My darling’ I’m growing old! I’ve worked on this record for a long time. now I can hand up my shows!” the guitarist said to the press.

With the songs like “Roll Over Beethoven”, “Maybellene” & “Johnny B. Goode” in the late 50s, the music legend helped lay the foundation for modern rock music and also was a major influence on scores of 60s bands including the Rolling Stones and the Beatles.

In 1984, the St. Louis native was granted a Grammy Lifetime Achievement Award and was also in the first rank of the Rock and Roll Hall of Fame Inductees in 1986.

“Chuck” marks the end of years-long drought between Berry’s records, whose last release was “Rock It” in 1979.