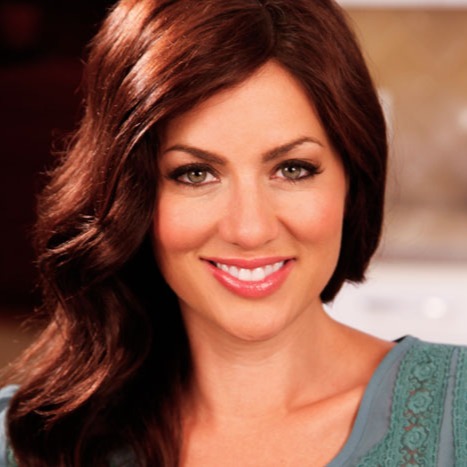 She is a gorgeous and appealing lady. A few years back, her fans noticed the slight change in her appearance, especially her nose which was looking very different. After gossipy tidbits about her nose job started to get spread in over the place, Jillian revealed through her website that she indeed had a plastic surgery and even gave her fans some really good advice in the process.

She explained that the reason behind it was cyberbullying and advised to her dear fans, “If someone says your fat, have a hot dog nose, choose the route off empathy instead of anger.”

Instead of brushing it off, Jillian Harris spoke out openly about the plastic surgery on her nose. The gorgeous television persona, who was once engaged to Ed Swiderski, enjoyed pregnancy thoroughly, as pictured above in a polka bikini and she is having a great enjoyable moment with her newly born baby Leo and partner Justin.

Jillian Harris paraded her baby bump in a polka-dotted blue bikini a few months ago before giving birth to the son named Leo on 5th August2016. The father of the cute little baby is her long-time beau Justin Pasutto. Prior forming true affection with Justin, she was engaged with Ed Swiderski.

The beautiful Jillian Harris was suspected to have gone through plastic surgery a few months back to enhance her beauty. Her nose looks slightly different from before which was giving proof that she has taken the help of a surgeon to get a better nose. She has indeed accepted through her website that she has had the nose job.

Jillian and her now-boyfriend Justin Pasutto welcomed their first child, a son named Leo in August 2016. She was previously engaged to Ed Swiderski. Harris and Swiderski came close while they were participating in the popular dating show The Bachelorette. They got engaged in the finale of the5th season of The Bachelorette’sin 2009.

Have a look at some funny video collection on of Jillian and Ed Swiderski while they were one of the participants of the dating game showThe Bachelorette.

Both came as the winner of the show, however, after coming out from the show their relation started to get dwindle and ultimately ended in 2010.The engagement didn’t last longer as after the finale Jillian found out that Ed had cheated on her with two women.

US Weekly reported that both women forewarned Jillian, with one of them stating, “Lindsey and I are both smart girls, and Ed just has this way of making people believe what he wants. Jillian needs to be careful.”

Presently, Jillian is dating Justin Pasutto and,just 2 months ago , she became a mother of a little adorable baby, Leo.

Jillian had a delightful pregnancy moment and in fact, she has frequently shown off her baby bump through Instagram. Recently a few months back in June2016 she was seen showing off her baby bump in a polka-dotted blue bikini.

Showing off the bump on the blog in an itsy bitsy polka dot bikini!!! (Link in profile) @nordstromrack http://liketk.it/2oFvS @liketoknow.it #liketkit #ltkbump #32weeks