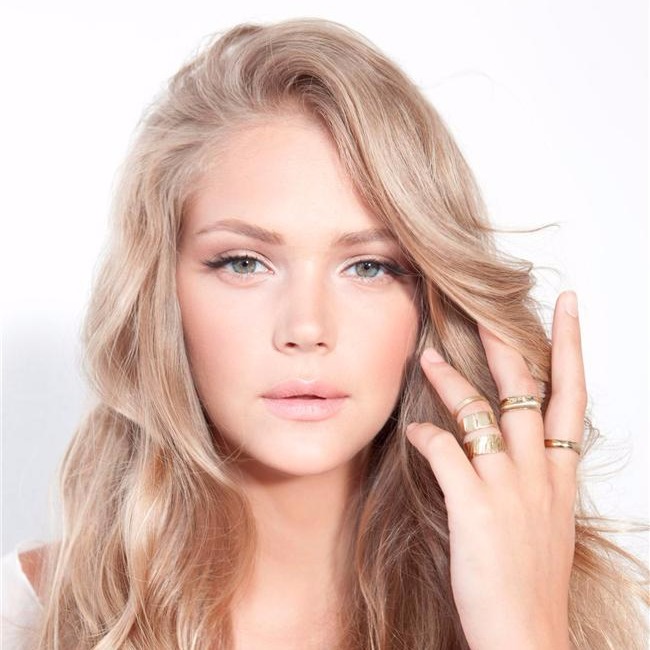 Provocative and super hot Israeli fashion model, Esti Ginzburg is a sensational modeling figure with hundreds of appreciable qualities. Esti Ginzburg shelters some rare abilities and skills that only a few possess and fewer are able to use it in the best manner.

Esti Ginzburg, an exquisite model was born on 6th March of the year 1990 in Tel Aviv, Israel. She was born as a daughter of Arik Ginzburg who served as an architect. Her grandfather was engaged in the construction of Zahala Tel Aviv. Jewish by religion, she carried her compulsory military training in Israel Defense Force on 22nd July of the year 2009.

She is no longer in talking terms with her father as he sued her in 2013 for failing to pay some money for owning his house which he sold to her.

Esti Ginzburg started working as model at an age of 8

Esti Ginzburg is a true definition of beauty. She is an inspirational figure and a role model to millions living all around the world who want the fame and success at very considerable age.

She holds the deadly combo of beauty and talent and, with no question, is one of the finest and famous fashion models serving the world of modeling. She has been associated with some of the world’s renowned brands like Tommy Hilfiger, FCUK, Burberry, Pull and Bear, Castro etc.

Ginzburg began her modeling career at the early age of 8 with appearing in milk advertisement. By reaching 14, she was offered a modeling contract by one of the top modeling agency, Elite Models. She started to get more offer after working for Elite.

Successful as a model, Esti Ginzburg’s trial in film industry was a failure

In 2006, Esti signed a 2-year contract deal with the Israeli firm Fox. Soon after a year in 2007, she got featured on the cover of French magazine Elle. The ravishing model, Esti has also tried her luck in movies. Her first movie role came in 2010 released movie titled Twelve. However, she didn’t earn positive review from the movie.

Ginzburg’s next movie role came in American comedy movie titled Movie 43. The movie also failed to create magic at the box office and was given the award of 2013 Razzie for Worst Picture.

The glamorous lady, Ginzburg is a woman who has made herself recognizable through her efforts and hard work of years and years. Carrying her work as a part of her life, Esti Ginzburg has sketched herself with an unerasable ink in the pages of the history of her profession.

She is really a qualitative woman with great attitude and super fine personality. She is blessed with every quality required to be a model of world class and it is evident through her phenomenal work.

Esti Ginzburg is a super sexy lady who has the height of 1.73 m which perfectly suits her personality. She is a blonde beauty with green colored eyes. As of now, she has seductive body measurements of 31-25-35 inches which along with her long and sexy legs build up a sizzling hot bikini figure. Her dress size is (US) 6, (GER) 34, (ITA) 40 and (EU) 36.

Esti Ginzburg is married to husband Adi Keizman since 2012

Ginzburg is an intelligent personality with a strong vision, determination, and courage. She believes in hard work and dedication. Ginzburg is one of the most successful models in the world.

She is married to Adi Keizman who serves as a real estate investor. They were married on 8th June of the year 2012. She has a son named Rafael Yehonatan from being in a marital relation with hubby Keizman.

In an interview, Esti has mentioned that she is fond of reading, watching movies, baking and going to beach and spending times with her parents and siblings.

There are various details of her works which can be studied in detail in Wikipedia along with her bio. She can also be followed on various social networking sites like Twitter and Facebook which provide all her fans with interesting happenings of her personal and professional life. Israeli by nationality, Esti Ginzburg is a praiseworthy character who has achieved both fame and name in modeling world in a very short span of time.