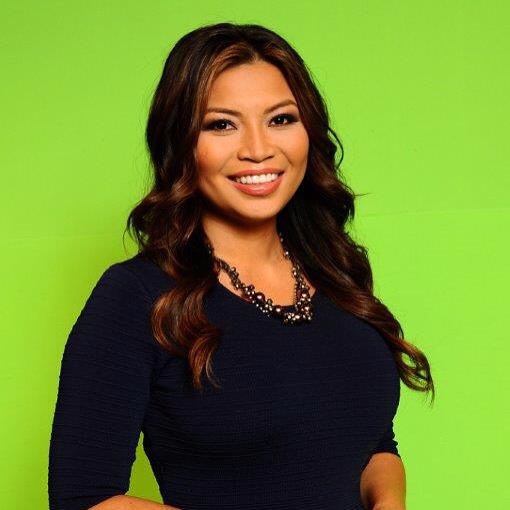 A Filipino-American newscaster and meteorologist, Elita A. Loresca works as a weather anchor at ABC affiliate KTRK-TV. She is based in Houston, Texas.

Elita Loresca is a naturalized American

Elita was born on June 28, 1977. Her parents moved to America while she was an infant – 10 months to be specific. She was raised in Los Angeles and Chino. She attended the Chino High in California. She was an avid basketball player throughout her school years.

Elita graduated with a Broadcast Journalism from Cal State Fullerton. She is currently working on her Meteorology Certificate at Mississippi State University.

Elita started her career as a news associate at KCBS-TV, Los Angeles. For a year she also worked at the KGET-TV. She was later hired at the KGPE-TV as a weather anchor. While at the KGPE, she contributed to coverage of Hurricane Katrina, Hurricane Rita and Hurricane Wilma. She then became part of NBC4 in 2007 as Meteorologist.

In 2015, Elita joined the Eyewitness News Accuweather team at ABC-13.

Elita has been doing an excellent job so far and is certain to reach greater heights in future. Time and again, she has shown that she as the resilience to walk out of obstacles with dignity and is capable of more.

In 2015, she showed the strength of her character by addressing her unfortunate comments and apologizing to Al Roker, whom she called ‘kook’ during an audio mishap. After all, it is not with a small strength that people own up to their mistakes and apologize.

Elita has an estimated net worth of $ 5 million.

Apart from her journalism career, she is known for her beauty. Even after two pregnancy, she has next to perfect body measurements. She has extremely attractive legs, snaps of which can be found on the internet websites and magazines.

Elita is blessed with amazingly hot and sexy with body that measures 36-25-35 inches. Her silky black hair, dark brown eyes and toned legs are certain attractions. She was titled “America’s Sexiest Newscaster” by the 2006 FHM magazine.

At present, Elita is actively involved as a volunteer for Habitat for Humanity and The National Alliance to Nurture the Aged and the Youth (NANAY).

Elita is married to husband Ryan Nuveman. Ryan is the brother of popular Olympic gold medalist Stacey Nuveman. The couple shared their wedding vows on September 4, 2010. The couple is blessed with two adorable children. Her first child was born on September 2011.

Elita is very active on social networking sites. She loves to be in contact with her fans. She has 6K followers at @WXwithELITA.