Elisabeth Hasselbeck married to her college sweetheart for more than a decade – Divorce rumors with husband? 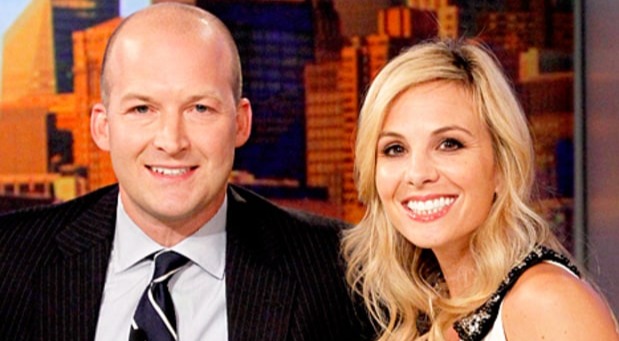 Elisabeth Hasselbeck, a former conservative commentator, has been married to her college sweetheart turned husband for more than a decade. Despite hovering rumors, their sound marriage is not heading towards divorce.

A brilliant political pundit and talk show host, Elisabeth Hasselbeck took a leave from her career to spend full time with her family. How did such a family oriented person get caught in a divorce rumor?

One man woman, Elisabeth Hasselbeck is still in love with her husband of 13 years

Popular for her stint on Fox and Friends as a co-host, Elisabeth had a quite journey as a TV personality. Her career has never been static.

She used to get caught in controversies but never for her personal life. She has never been in the news for her affair or any scandal.

She’s always had a clean image. This one man woman ultimately married the guy with whom she went out during college. She married the love of her life, Tim Hasselbeck in 2002 on July 6. There’s a small story behind their perfect romance.

On their very first date, they spent 14 hours together. They felt so deep connection in their first date that in the football stadium of their college, they had their first kiss and had dinner.

Now it’s been 13 years of their marriage and they’re still in love with each other. The media has bever heard of any dispute in their marriage so, divorce is not on the cards.

Like any other celebrity couples, this couple too got snatched by divorce rumors. The prying eyes saw Elisabeth without her wedding ring and started the rumors of their separation.

Well, her fans and medias were curious about missing wedding ring on Elizabeth’s hand but the devoted pair didn’t give emphasis to the rumor. Their 13 years of marriage is blessed with three children: Grace Elisabeth, Taylor Thomas, and Isaiah Timothy.

She is now busy focusing on raising her children and for that, she left Fox and Friends. She posted a picture on Instagram on the occasion of mother’s day in which her daughter wrote “I love mom” in her hand. That’s adorable.

And as it is said “action speaks louder than words”, Elisabeth proved her bond with her husband is strong and unbreakable without a single word on the divorce rumors. They are one small happy family whose first priority is family.

She has been married to Tim for more than a decade. The power couple of the news industry is still so much in love with each other. Therefore, Elisabeth Hasselbeck is not going through a divorce with her husband anytime soon.