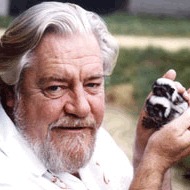 Gerald Durrell’s Corfu Trilogy is adapted on small-screen as ‘The Durrells in Corfu’ in PBS.

A six-part adaptation that will run each week from November 20, is drawn from three humorous memoirs of Gerald Durrell’s early years on the island of Greece shortly before World War II. The new Masterpiece series in based on Durrell’s stories but only loosely.

If you might have read Gerald Durrell’s one of the three books of Corfu trilogy, you are already familiar with the story of how his widowed mother moved him and three siblings from England to Greece in the 1930s.

Relocating can always be a challenge. It’s a challenge Durrells struggled with during his early years. Being a single parent to 4 outspoken children can make the experience even more challenging, which Durrell’s mom had.

Such is the case in often humorous, 6-part Masterpiece miniseries “The Durrell in Corfu” based on the main storyline of the Corfu trilogy of novels by Gerald, which features Keeley Hawes, Milo Parker, Josh O’Connor, Callum Woodhouse and Daisy Waterhouse.

As the story opens, Louisa Durrell (played by Keeley Hawes) is struggling with four kids and financial crisis. Impulsively, the eldest son, Larry (played by Josh O’Connor) suggests that they relocate to Corfu. At the end, mom agrees.

Leslie, the second son (played by Callum Woodhouse) and Margo, the only daughter (played by Daisy Waterstone) are also on the board. The youngest is Gerry played by Milo Parker, who’s 11 and interested in wildlife.

Gerry is naturalist Gerald himself, & he recalled his idyllic childhood in three 1950s books starting with ‘My Family and Other Animals’. Youngest of the four, Gerald discovered his passion for animals after his family moved to the sun-soaked island of Corfu.

Durrell’s memories of those delighted days gave rise to the three classic tales, liked by generations of adults & children, which are now available in a single volume.