Skip to content
Home » Entertainment » Did Kahty Wakile have plastic surgery to beat her growing age? Also, know about her net worth

Did Kahty Wakile have plastic surgery to beat her growing age? Also, know about her net worth 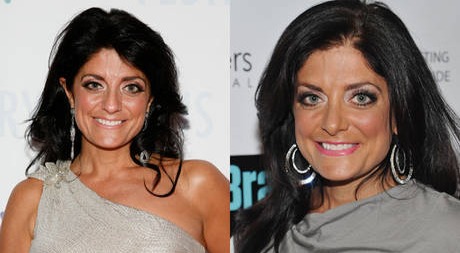 Kathy Wakile, whom we know from the Bravo series The Real Housewives of New Jersey, has revealed the results of her plastic surgery makeover which she did to beat her growing age. The 46-year-old reality star has an amazing net worth of $5 million.

Kathy admitted during the show that she had injected filler into her lips. Now we can see they are much broader and plumper. Her lips look natural, we don’t see any bumps at the edge of the mouth that often appear after augmentation. She also had her nose done on New Year’s Eve of 2011. She underwent a rhinoplasty and now the lines of her nose are much smoother and less bumpy than her previous natural nose.

She must have spent a lot of money to get her lips plumped and nose job done. No worries, she earns a huge amount of money from the reality show “The Real Housewives of New Jersey”. This is the show from where she’s garnered her recognition and an amazing sum of money. Her husband, Richard Wakile, can also be seen on the show. He also has a net worth of $5 million equal to Kathy.

Along with starring in “The Real Housewives of New Jersey”, Kathy has also initiated three product lines. In December 2011, she introduced the Goddess Eye jewelry line that gives a portion of sales to the National Brain Tumor Society. In February 2012, she released Red Velvet Cosmo, a ready-to-pour cocktail, based on one of her favorite desserts, red velvet cake. The cocktail won an award in a national tasting competition and Dolci Della Dea is her dessert line.

As we can see, she has a lot of sources of income. Kathy Bravo TV contract and product lines are earning her a fabulous amount of net worth of $5 million. She’s spending it on herself to look younger and beautiful and it’s worth it.Kathy Wakile’s growing age is now shrinking.