Dermot O’Leary Announced a Shocking Twist in Voting System in X-Factor: Fans are like “It’s Unfair” 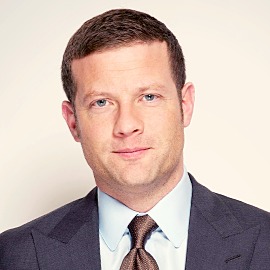 O’Leary said, “Now we’re well into the competition we can start voting right now because the vote is now open. It’ll remain open for the next 24 hours until tomorrow’s results show.”

O’Leary revealed a new twist, i.e. fans will be able to vote their favorite artists before they have even performed.

Previously, voting lines used to be opened at the end of each performance to make the competition fair for all irrespective of what time they take for performance. But now as per the changed rule, viewers can vote without watching how the contestants perform.

Seemingly, Simon Cowell, the show’s creator’s decision has unsatisfied almost all fans. Many aren’t happy with the new twist as viewers will no longer be voting the contestants basing on their performance, means X Factor is now about favoritism.

Kitty Brucknell, who ended up at the 8th place during 2011 in the show, raged about the changed system in twitter and wrote, “Apparently originally it was supposed to be like that, but you end up with the most boring singers.”

One of the viewers felt hilarious upon the change on the show and said, “Lol why is the voting open at the star before anyone has performed. You will just vote for the person you like not on the talent #xfactor.”

“How can voting be at the beginning of the show, we haven’t even seen anyone perform yet?! #XFactor”, one of the loyal fan wrote on twitter.

Similarly, another added later, “So lines open throughout…hmmm sooo unfair advantage to those singing first then…doesn't make sense to me!”

Many viewers, who were left baffled by the sudden change, took to Twitter and express their discontent. Some are given below.

The fact that you can vote before any of them have even sang shows it's a popularity contest and not a singing contest. #XFactor

Why is the vote open before they've sung surely that isn't fair in any way? #XFactor

Surely people singing early on benefit from voting being open from the beginning?? #XFactor

The fact they open the voting before the acts have even sung just shows this shit show is not a signing competition…. #XFactor

Rather than opening the voting lines at the end of each act, viewers can now vote for their favorite contestant before that have even taken to the stage.

Have Simon Cowell and the X-Factor team really made the right decision?