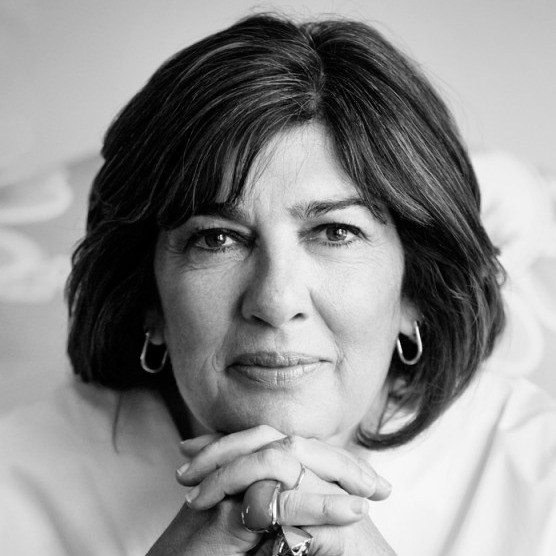 An inspiration for generations to come, Christiane Amanpour is a world renowned British-Iranian journalist and news anchor. She is currently CNN’s chief international correspondent and anchor of CNN International’s nightly interview program Amanpour. She is also a global affairs anchor for ABC News. Amanpour describes herself as serious, passionate and full of heart person. We couldn’t agree more.

Amanpour was born on 12 January 1958 in London, England. Her father, Mahmoud Amanpour, who was an airline executive, is a Muslim Iranian while her mother, Patricia Hill, is a Christian from England. Amanpour has three younger sisters.

She is also the niece-in-law of General Nader Jahanbani, once commander of the Imperial Iranian Air Force.

Christiane Amanpour established herself as a crisis reporter

She began working in the news department at WBRU-FM in Rhode Island while completing her Bachelor’s degree. She also worked as an electronic graphic designer for WJAR, an affiliate of NBC.

In 1983, after graduation, she was hired by CNN as an entry level assistant in Atlanta. Her first assignment as a CNN member was covering the Gulf War, which she handled successfully.

Some of the major crisis that she reported which highlighted her career were the ongoing wars in Iraq, Afghanistan, Iran, the Palestinian territories, Pakistan and the Hurricane Katrina in the United Sates.

Till 1990, Amanpour consistently worked her way to eventually being an international correspondent. Her first major assignment was covering the Gulf War and since then she has reported on every major world news event.

Christiane Amanpour is one of the world’s most powerful women

The most notable fact about Amanpour must be that she has earned every major broadcast award such as an Edward R. Murrow award, two George Polk Awards, the Courage in Journalism Award, two George Foster Peabody Awards, nine News and Documentary Emmy Awards, and a Giants of Broadcasting honor from the Library of American Broadcasting.

Additionally, she was named a Commander of the Most Excellent Order of the British Empire (CBE) by Queen Elizabeth II in 2007. Forbes also listed her as one of “The World’s 100 Most Powerful Women”. In 2014, she was ranked world’s no. 1 journalist.

Amanpour married her husband, James Rubin on August 8, 1998. James Rubin was a former informal adviser to Barack Obama. Together they have a son named Darius John Rubin who was born on March 7, 2000. The couple is now residing in London.

Almost 18 years into their marriage, the couple is enjoying the best of their lives together. In their long-standing marriage, there have been no reports of any conflicts and divorce seems to be far, far away from this happy couple.

Her glowing skin have raised question of plastic surgery

Christiane Amanpour is now nearing the age of 60, yet she has managed to look beautiful. Her firm and stout facial complexion make her look young as if she is in her 30s.

The ultra successful journalist seems to have taken help of cosmetics in order to enhance her beauty. Comparison of her previous pictures and her recent pictures suggests that she seems to have undergone nose job but the journalist is yet to speak about it.

Whether it is the result of plastic surgery or not, the talented journalist is one of the most good looking women in the field who stands tall with a height of 5.7 feet.

During her long-running career, Amanpour has accumulated numerous success and recognitions.

Besides her fame and honor, Amanpour has also accumulated an estimated net worth of around 12.5 million dollars. Details about her salary remain in the dark but it can be assumed that her salary has a huge hand in building up her net worth.