Barcelona star Neymar Júnior’s salary and net worth? He has had many girlfriends 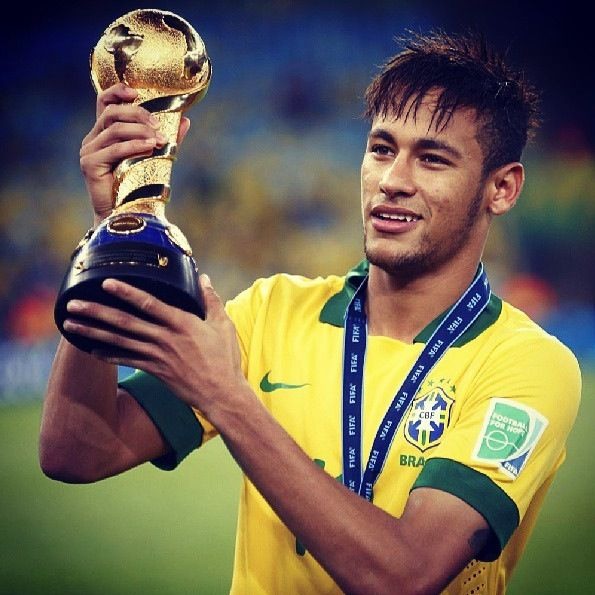 Neymar Junior has a net worth of $75 million and a big salary of $14.5 million per year. He has an astonishingly long list of girlfriends down to 2016. Keep on reading to get amazed by his number of affairs.

Neymar’s income from contracts with his football club amounts to a salary of $14.5 million. He landed a dozen of endorsement deals with brands like Red Bull, Nike, Gillette, Panasonic, and Konami. He earns a whopping $23 million from endorsements.

The footballer’s net worth is estimated to be around $75 million in 2016. He signed a five-year contract extension in July that ties him to Barcelona until 2021. Forbes put him on the 72nd spot on ‘The 100 World’s Highest-Paid Celebrities 2016 and on number 21 on ‘The World’s Highest-Paid Athletes 2016’.

The 24 years old Brazilian soccer player has won four consecutive ‘Player of the Year’ Award. He is the captain of Brazilian National Team. He joined Santos at the age of 11 and made his debut for the club at the age of 17.

He quickly rose the fame and started representing Brazil at different levels. He went on to win lots of awards and in no time, he has become the world’s most popular footballer. People have compared Neymar to Pele due to his skills and speed.

Neymar is talented, world famous, rich, and handsome. No wonder girls are into him. He has been in relationships with more than a few women.

Neymar is now rumored to be in a relationship with actress Chloe Grace Moretz as they have been spending lots of time together. He frequently posts pictures and videos of them on his Instagram account. However, Moretz is reported to be dating Brooklyn Beckham, so Neymar and her being in a relationship is unlikely.

The Barcelona star became a father at the age of 19. He has a son named Davi Lucca da Silva Santos with former girlfriend Carolina Dantas. Davi is now 4 years old.

Barcelona star Neymar Júnior is living a lavish life with a salary of $14.5 million per year and has had many girlfriends. His net worth is reported to be $75 million.