Baby On the Way! Ciara is pregnant with NFL Star Husband Russell Wilson 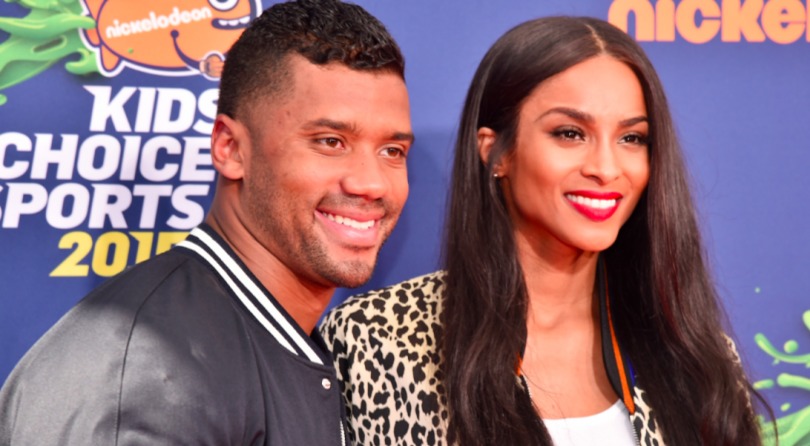 The R&B songstress, Ciara Wilson is pregnant. She and husband Russell Wilson just can’t wait to see their young one. The overjoyed couple shared the great news on Tuesday night through Instagram alongside a cute picture of themselves.

On this special Birthday I received an abundance of love from friends and family.. and I'm excited to Finally share one of the Greatest Gifts of All that God could give… ☺️❤️

The date marked another special occasion too: Ciara’s 31st birthday. Ciara wrote, “On this special birthday I received an abundance of love from friends and family…and I’m expected to Finally share one of the Greatest Gifts of All that God could give…”

Wilson added, “The Greatest Blessing of All. Forever Grateful. #BabyWilsonOnTheWay”.

The sweetest chemistry of the couple was seen in the picture that featured Ciara cuddling her husband as the excited mom-to-be was wearing a smile.

The songstress’s pregnancy rumors began to circulate in the media earlier this months after she began stepping out regularly in baggy clothing & peplum tops.

You can see Ciara’s wardrobe choices that sparked the rumors in the video below.

The singer, 31, and the NFL quarterback, 27, exchanged their wedding vows at a Lavish castle in Chesire in past July after a 4-months-long engagement. Firstly, they took their relationship to a romantic level last year, & made headlines after they revealed they’re remaining abstinent until getting officially married.

When asked about marriage, Wilson shared his excitement and said nothing much has changed after tying a knot but he really loves wearing a wedding ring.

Come on lil’ Pretty Young Thing… you’re coming with me for Forever. Happy Birthday My Love! I Love You to Heaven & Back.

Meanwhile, he recently revealed his favorite part of their marriage was watching his wife walking down the aisle.
He said, “To share a special moment and a lifetime with somebody that you truly love and cares about is amazing. That’s what everybody is searching for. I found that. I was fortunate and blessed to find that and the best part was watching her walk down the aisle.”

We are The Wilsons!

This is Ciara’s 2nd pregnancy but is the first with Wilson. She has a 2-year-old son named Future Zahir with ex-fiancé, rapper Future, with whom she was engaged from 2013 October to 2014 August.