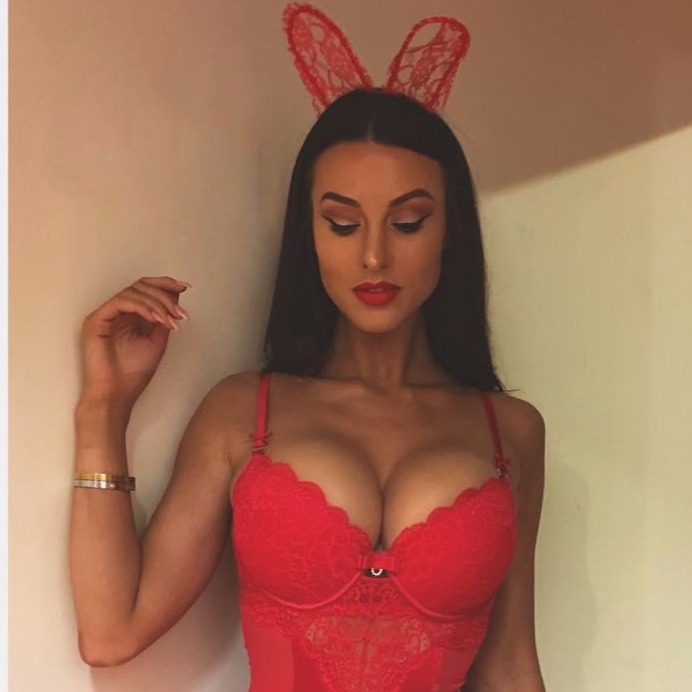 Alice Goodwin is a British glamor model and television personality. She was born as Alice Harriet Goodwin in 1985 and celebrates her birthday on 13th of December every year. She has been featured in several magazines including the Zoo Weekly, Daily Star, Maxim, and Nuts. She is known for her alleged relationship with Christiano Ronaldo.

Alice Goodwin is a native of Stoke-on-Trent, UK. She is a Caucasian by ethnicity and British by nationality. She was raised and went to school in Stoke-on-Trent. Besides that, little is known about her family and early childhood.

Alice completed her high school from Newcastle-under-Lyme School and then enrolled at Keele University. She was studying English and Education at Keele before being discovered. She was spotted by Daily Star’s talent scouts when she was sunbathing on Bournemouth beach.

Alice started her modeling career almost immediately after being discovered in May 2008, at the age of 23. She was featured in the Daily Star, the photographs appearing in the paper the following day. She was an instant hit. There was no looking back for her after that. Since then, she has pursued a career in glamour modeling. Besides her modeling assignments, she appears daily on Elite TV's babe channel since April 2010.

Alice became an overnight celebrity after being involved in a romantic relationship with football star Christiano Ronaldo – her alleged ‘boyfriend’. The 2008 rumor created false headlines for long. Not only that she was surrounded by lesbian rumors.

After the rumors with Christiano Ronaldo were proven false, Alice got involved with yet another footballer Jermaine Pennant. At the time, Jermaine was in an official relationship with Lara Murphy. Jermaine became so intimate with Alice that he missed his son’s first birthday and instead spent the day with Alice.

Alice subsequently had Jermaine split up with Lara. The couple got married in 2014. Alice now lives a happy marriage with Jermaine. You do not buy that? Look her up in Twitter at @xAliceGoodwinx.

Alice Goodwin’s hot measurements has everyone crazy about her

Known for her enormous curves, Alice has a hot body of 32-24-34 inches. She has relatively larger breasts, slim, toned stomach and round, supple hips. The dimpled beauty stands 5 feet 8 inches and weighs 54 kg. Her long, black hair perfectly compliments her seductive brown eyes.

However, her body has been enhanced by artificial implants. She went under the knife had surgery to enlarge her already substantial breasts. She underwent silicon surgery to enhance her breasts from their original size of 32 F to 32 FF.

Alice Goodwin has done numerous hot photo shoot in bikini and lingerie. She is in every sense a glamour model, appealing to viewers of every age dimension. Her nude shots show no sign of hesitation. Her snaps can be found widely in media sites including Facebook, Instagram and Twitter.